Why go on a regular tour of Ireland when you can go on a luxury tour of Ireland? It’s your holiday after all, and you want to get the absolute most out of the experience. When you book a luxury tour of Ireland, what do you get out of it? Here’s exactly what you’re getting when you book with us. The first thing you get when you book is your very own driver. Once you get into the country, your driver will be ready and waiting for you, to take you to your first destination. You won’t have to worry about navigating or driving for the entire trip, because of course our driver will do that for you.

We have a list of all our one day tours below. For more information about any of the tours don’t hesitate to ask .

The Cliffs of Moher tour

See what 1.5 million visitors a year are talking about! Looming large over the Atlantic Ocean on the edge of Western Europe stand the magnificent natural wonder of the Cliffs of Moher. Bruised and battered into incredible furrowed forms by the incessant pounding of the waves, they soar to a height of over 214 metres (700 feet) and stretch for a distance of 8km.

Why Choose this Tour?

Bound on one side by the Shannon Estuary and on the other by the awesome power of the Atlantic Ocean, Loop Head has always been defined by its relationship with the water. As you drive south from Kilkee and embark on the famous Loop Head Drive, you’ll be amazed by the dramatic cliffs, turbulent seascapes and historic sites you’ll encounter.

With scenery this beautiful, who could blame those Star Wars location scouts for being enticed? Loop Head was one of a handful of places along the Wild Atlantic Way used to film Star Wars.

Other Interesting stops on this tour are:

The Bridges of Ross were a trio of spectacular natural sea arches – at least until two of them fell into the sea. Today, even though only one ‘bridge’ remains, the name persists in the plural. 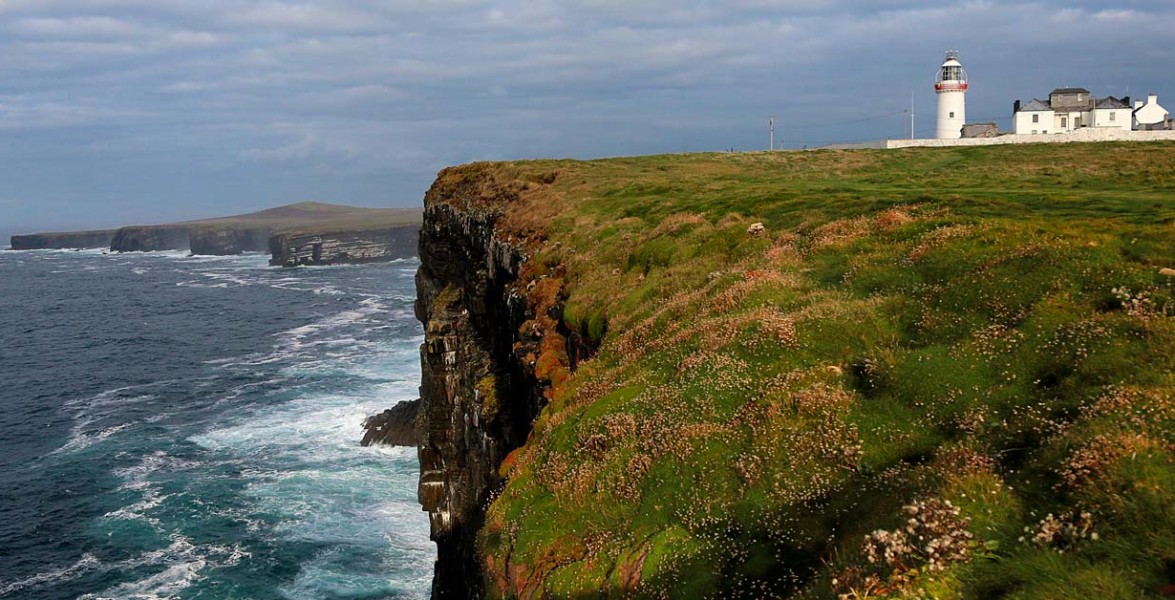 The Ring of Kerry tour

The Ring of Kerry is a scenic drive around the Iveragh Peninsula in southwest Ireland’s County Kerry. Its 179km-long, circular route takes in rugged and verdant coastal landscapes and rural seaside villages. Skellig Michael, a rocky island with an abandoned 7th-century Christian monastery, is a major destination point, with several boats from Portmagee making the 12km crossing during the warmer months.

We have put together a range of itineraries for people with a variety of interests. Alternatively, we can customise any existing tour or create a brand new tour – just for you.
Each itinerary is designed to match your particular requirements and pace of travel. 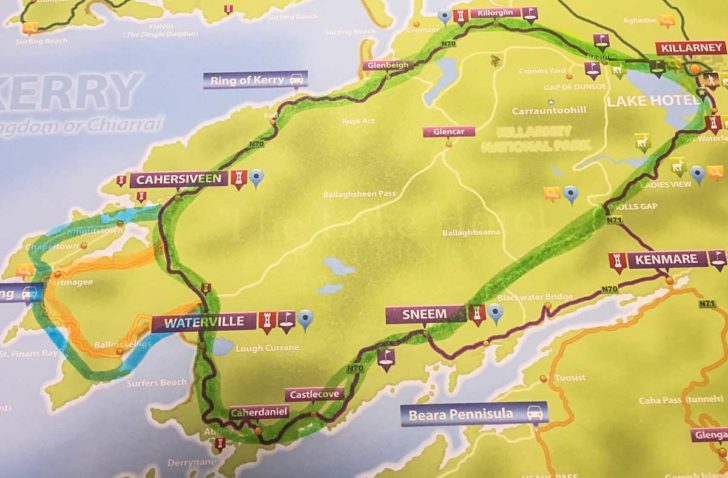